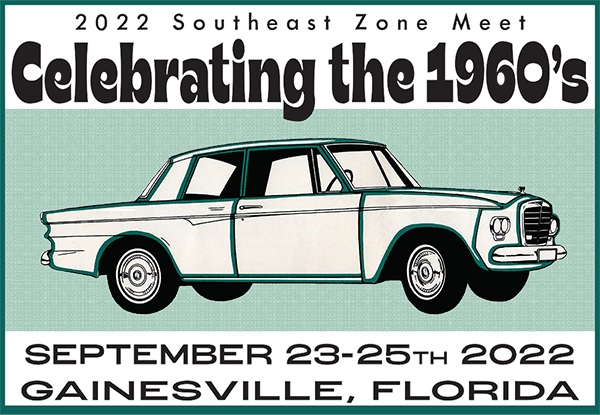 We had a nice turnout at the McCullens for our March club meeting.  Don & Donna (along with other friends & family members) did a fantastic job hosting.  Great food and great people all around plus beautiful Ocala farm county as a backdrop.  Kudos!  Next meeting is the April 23rd scavenger hunt. Stephen will be making phone calls to get a head count too.

The site has had a couple of updates since my last post.  Once I get the structure tweaked it will be easier to upload pics & minutes etc. Pics from the Business meeting are now posted in the gallery!

Don’t forget our next meeting is at the Pole Barn in Newberry March 14.  We hope to see you there!

The meeting was called to order by Derwood Thompson at 11:42 a.m. Derwood thanked the McCullen’s for hosting, especially Don who led a tour of his car collection, and Don & Donna’s daughter and son-in-law for the delicious meal. Thanks also to Donna for many delicious desserts and their grand daughter for all her help. With members and friends, there were over 50 in attendance.

Treasurer’s Report: We currently have $XX.XX in our account.

Martha gave a report on the Zone Meet. She talked to Tom Pinnel, president of the Avanti Club. They will be a happy to assist in any way they can but unfortunately, many of their club members do not come to Florida until October. Hopefully, there will be enough members to judge the Avanti Class. Tom recommended dividing the Avanti Class into 3 groups: 6A will be 1963 & 1964 Avantis, 6B will be 1965 – 1983 (the Newman Altman group with chrome bumpers) and 6C will be 1984 – 2006. Tom will ask if any members have Avanti memorabilia to display on Friday night and he will give a short talk about Avantis if no one else volunteers.

Martha bought 20 black, 1963 model Avantis to use as centerpieces on Friday night.

New Business: Our next meeting will be on April 23rd. Danny, Bussey & Stephen will host a Scavenger Hunt Drive. Their first attempt was scuttled because the drive to Crystal River was too long. Information on the meeting Time and place will be shared closer to the 23rd.

If anyone is interested in having a club shirt, they can give Wayne Tanner a white collared shirt and $10 and he will have the club logo and your name embroidered on the shirt.